The squid interactives are a series of fun, educational digital experiences that allow visitors to Te Papa to learn about the Colossal Squid's‚ life, body, environment and how it managed to end up in Te Papa.

The Colossal Squid project was one of our earliest installations, but still is a great example of an approach to developing a digital visitor experience that combines online engagement with kiosk-based interactives.

We began by working with Te Papa’s expert team of marine scientists and curators. The objective was to interpret the life, environment and anatomy of the squid – which is the cornerstone of the Colossal Squid exhibition at Te Papa.

The digital interactive had to work in the museum and also online, for the thousands of interested people who couldn’t make it to see it in person.

We began with a concept that had a Kids National Geographic feel, that provides a sense of discovery and exploration but is fun at the same time. We spend a lot of time ensuring that the look and feel of the interactives we create have a distinct personality and tone that reflects the content and the intended audience.

The addictive game component, where visitors build their own squid and release it into the wild was a marketing dream, with over 40,000 squid released within the first month. 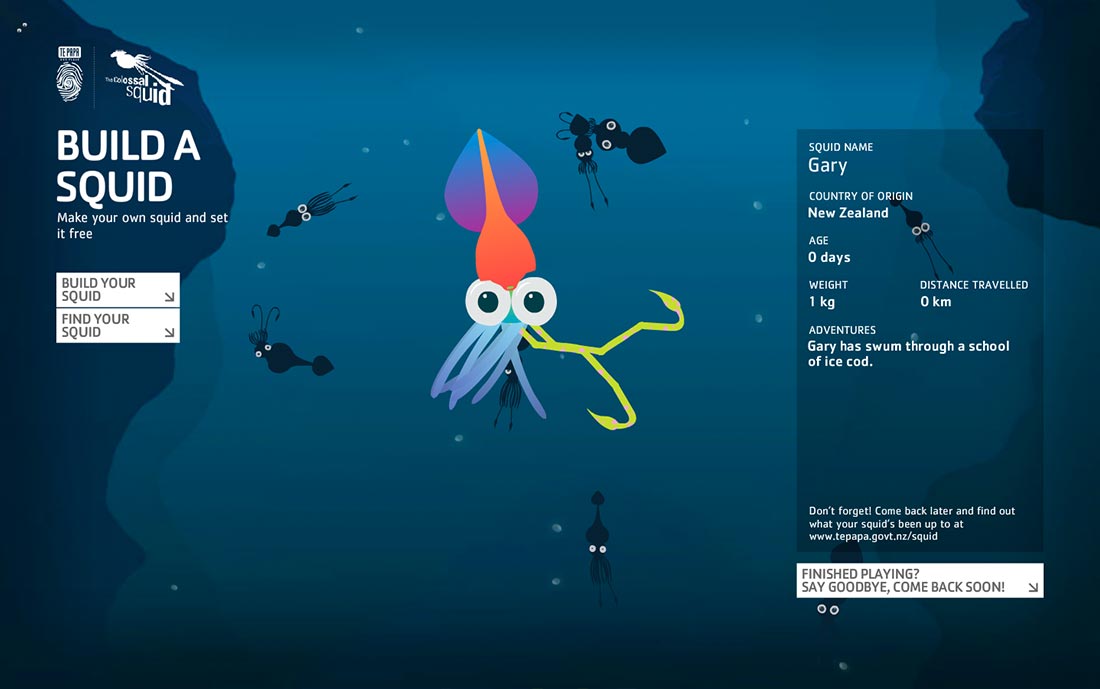 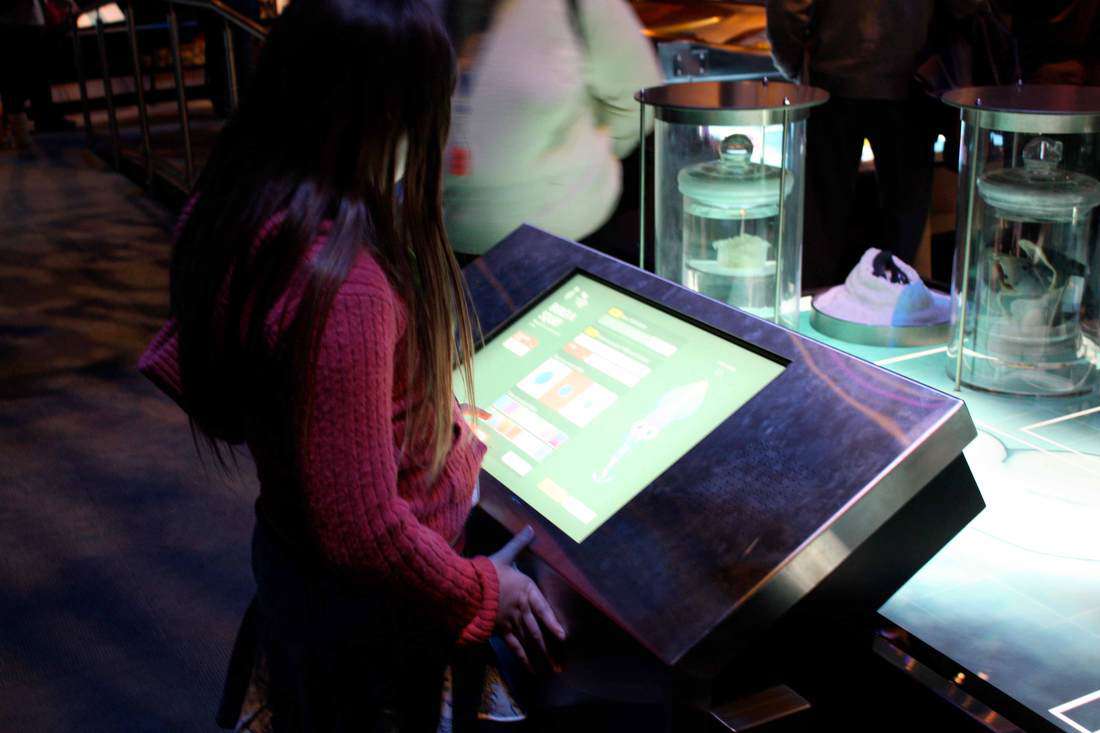