The concept planning process for the trails involved a unique combination of content, travel planning and user research. The result was a multi-dimensional travel trail across four countries integrated with local communities and museums.

When we won the contract to develop the concept for the New Zealand First World War Trails in Europe and Turkey, we knew it was going to be a special project. 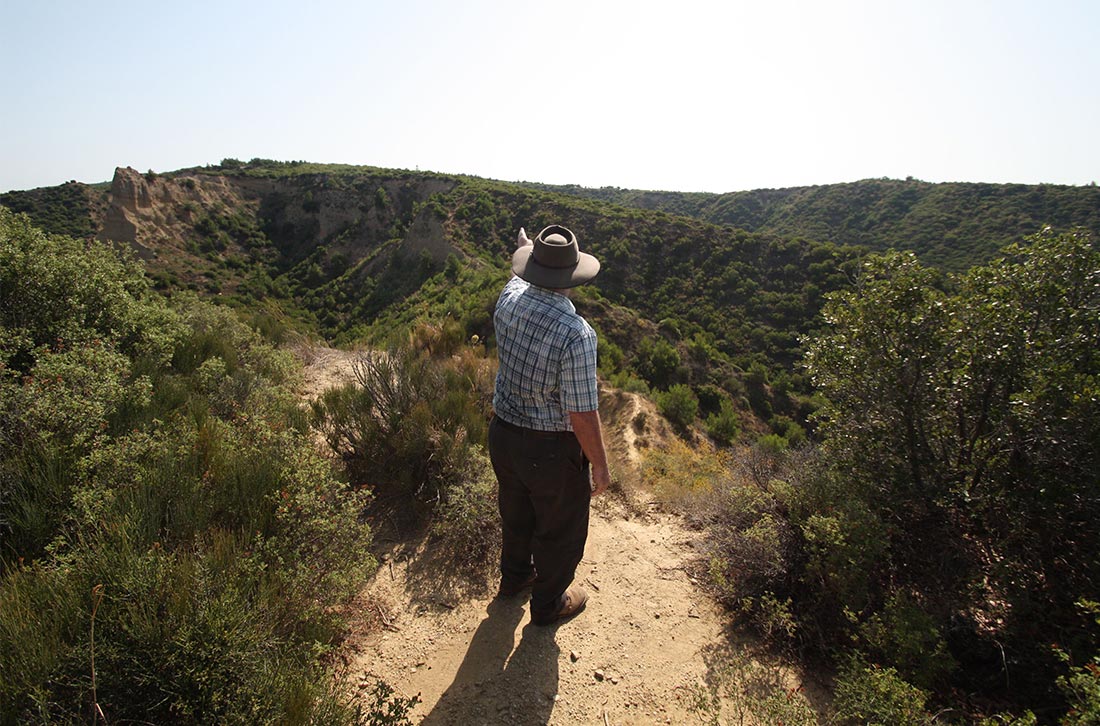 The brief was relatively open - develop a Concept Masterplan and Business Case for a travel experience through the key New Zealand sites of the First World War in Europe and Turkey.

We approached the project in the way that we always approach something new – we build and test prototypes early as a way to think through potential ideas, and to gauge suitability for technology presuppositions.

We visited the sites, consulted with New Zealand’s leading historians and the best battle-site guides in Gallipoli and the Western Front to get familiar with the ground and a general overview of the history.

We conducted a series of workshops in the UK with potential visitors to the sites, and also travel wholesalers and museum curators to better understand the audience.

We developed a set of Personas to guide our thinking. The personas are archetypes of the traveller – a combination of existing travel behaviours and what we think future travellers will do.

Personas are different to audience segments, in that they are based on patterns of behaviour and shared goals. For example, one of the key differences between our personas is the amount of time they have allocated for their trip, and how this affects their goals and also the different problems they are likely to experience on the trip.

At the heart of the concept is storytelling, and storytelling across multiple mediums to make sure that we are at the key touch-points for visitors.

The first touch-point for many travellers is the internet, as part of the travel planning process – so the concept includes an online strategy and a comprehensive marketing plan that raises awareness of the trails and helps travellers plan a trip.

Digital media is also a really effective way to deliver battle-site interpretation, so we developed a series of early ideas for a tablet and phone based audio guide through all the sites.

Travellers also seek out and encounter ideas at information centres, hotels, museums and through travel wholesalers – so we identified the need for a comprehensive map/brochure that would promote the trail and also work as useful guide in itself.

We also realized that to break through the clutter in some of the busier information centres and museums in Europe and Turkey – that a simple exhibition concept could act as a brochure holder, and at the same time tell a uniquely New Zealand story about the war – as in most places on the Western Front and in Gallipoli, the New Zealand story does not feature at all. So based on our success with creating miniature sets on other projects, we sketched up a sample concept of a micro-exhibit that told a NZ story in a snapshot scene. We pitched this to the major First World War museums in Europe and they loved the idea.

On the ground, at each significant battle site – are sculptural signage pieces that not only interpret the view, but also act as a memorial tribute. See the Ngā Tapuwae identity and signage case study to see how this is taking shape.

These signs are anchor points for the app-based audio tours, providing a broad overview and map for the driving or walking routes around the significant battle sites.

Our partners TRC worked with us to conduct the focus groups and work with local tourism bodies and stakeholders to ensure that the concept was feasible. We developed a business plan for the project and mapped out a resourcing and project schedule. 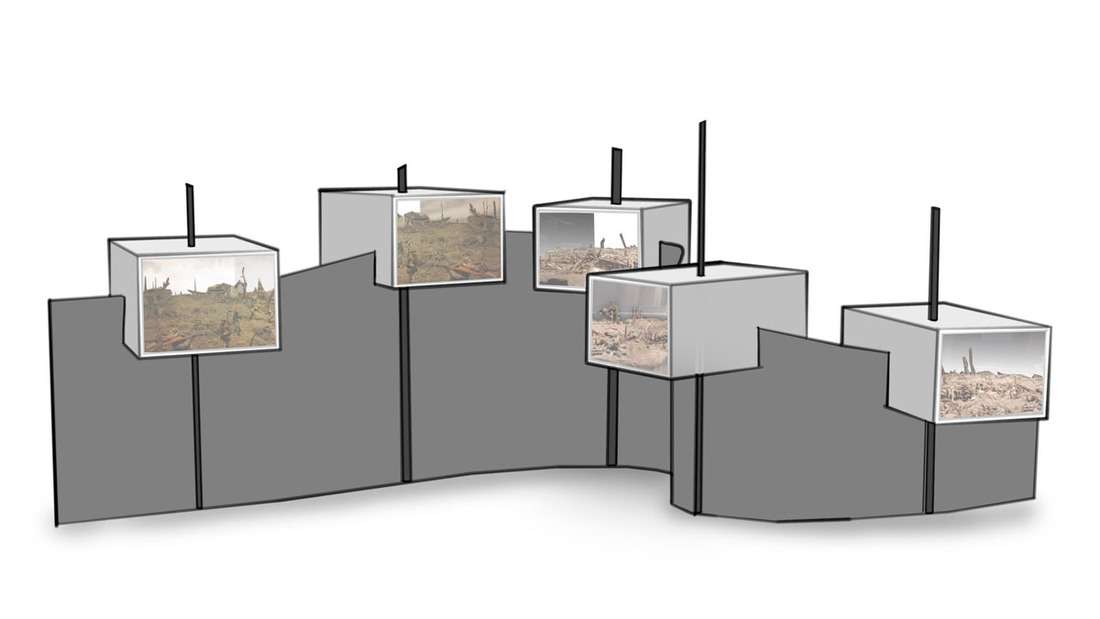 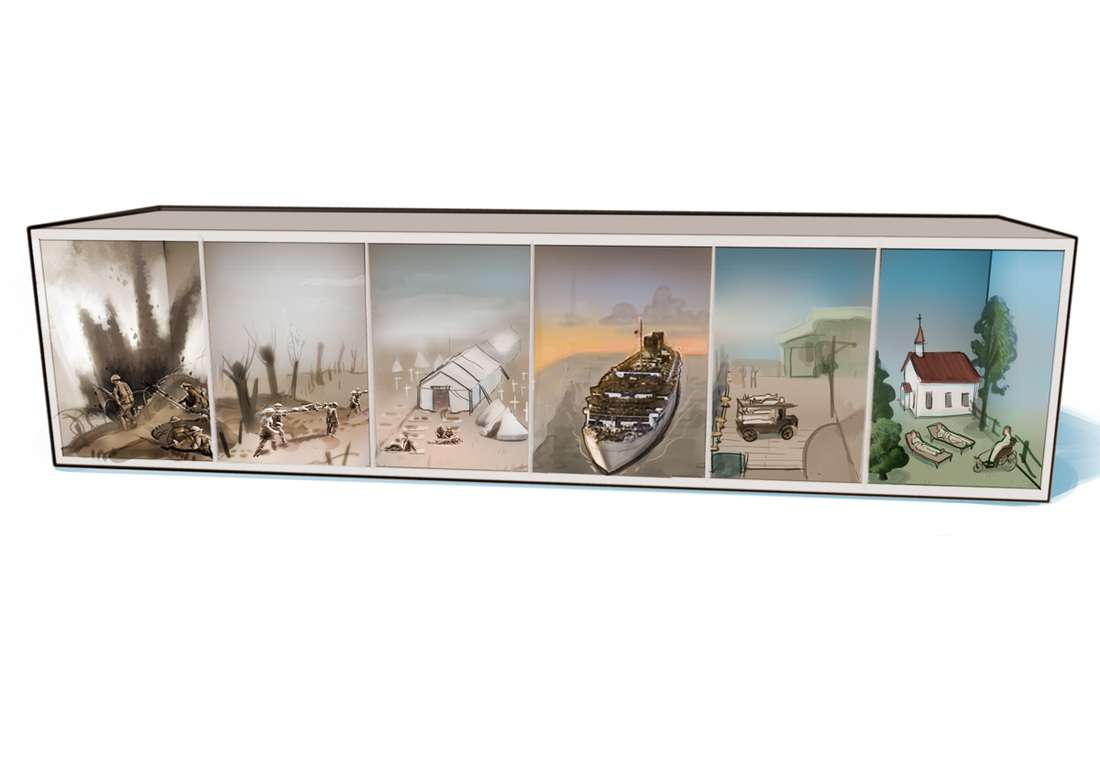 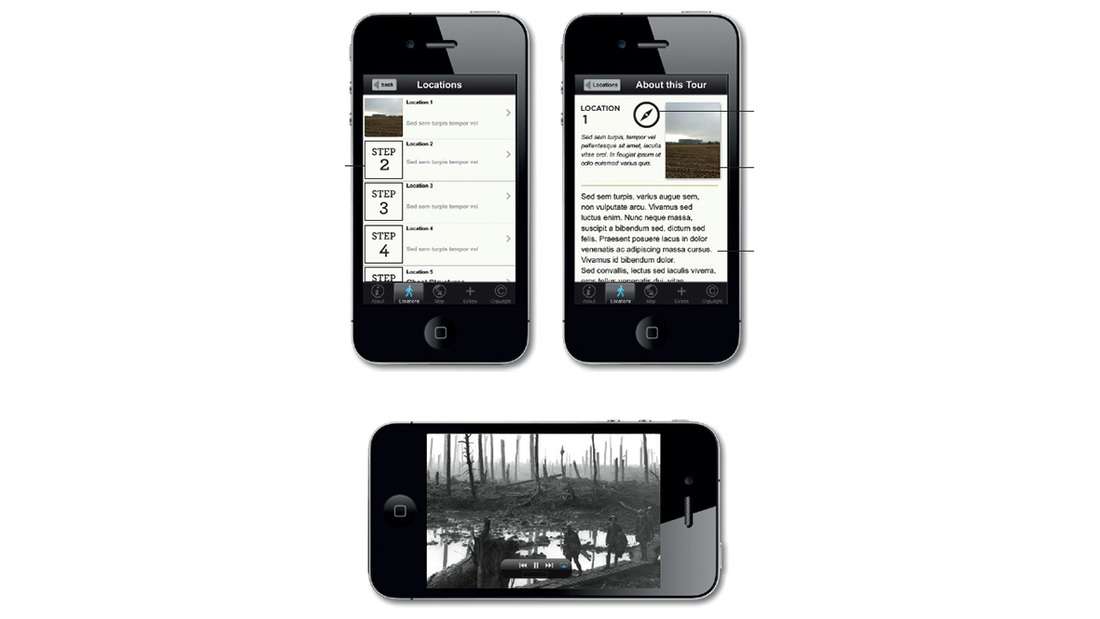 Top of the Cable Car