The concept for the driving tour was developed from a brief by New Zealand Historic Places Trust for an audio tour through the major sites of the Waikato War of 1863 – when government soldiers marched through the Waikato against the Kīngitanga movement. 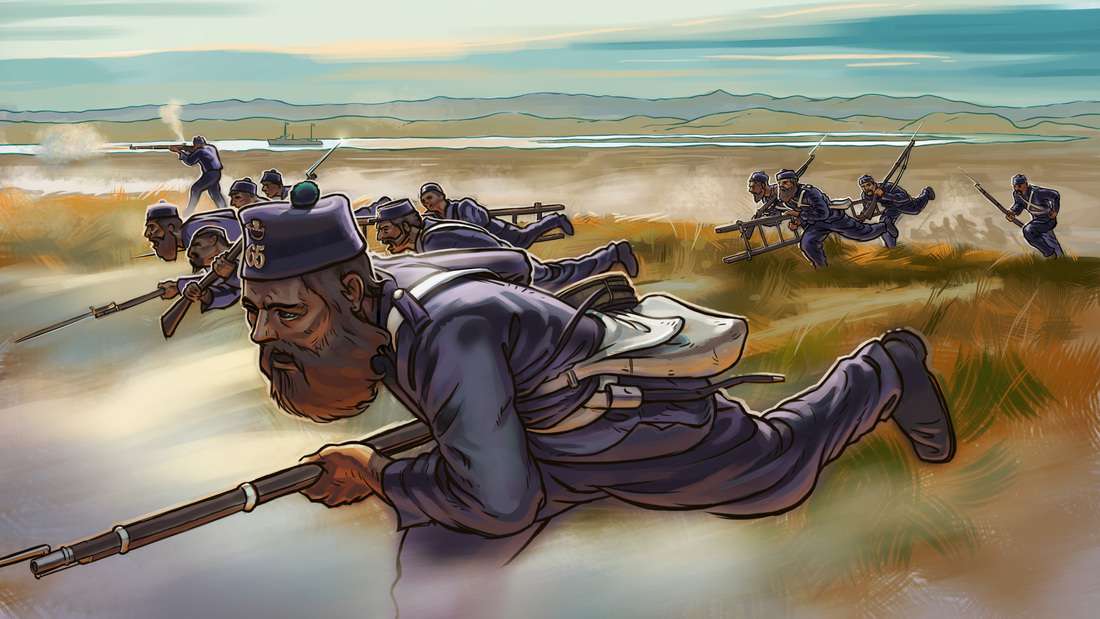 We developed this into a much wider concept that included signage, web, brochures, an education kit and mobile audio tours. The original idea also included museum installations placed at strategic locations along the battle route.

The approach involved extensive consultation with a broad range of stakeholders including local hapū, representatives of the Māori King, historians and archaeologists. We held multiple workshops in marae and meeting places in the Waikato to ensure we were getting the story right.

Conveying a series of battles that took place over large areas of land and covering several months, was an interactive design and storytelling challenge.

We wanted to test a few options with potential visitors first. We developed several versions of a tablet and phone based tour – to look at some technical possibilities and also to use as props in our initial user research.

Another challenge was authenticity and accuracy, coming from multiple perspectives. Not everyone agrees on what happened during the war, so managing content tone and nuanced accuracy was a challenge. The text, illustrations, information design, design hierarchies and other assets all needed to be aligned so multiple perspectives of history are offered to the visitor, not just a standard version of events with an alternative view tacked-on.

On the battle sites the signage strategy is view-shaft based. Each sign creates a viewing angle on the battlefield. This forced perspective allows us to illustrate what it may have looked like on the day. The scenes were carefully worked through in 3D and then details added with advice from historians before illustrating the final work.

The results have been impressive, as a high percentage of visitors to the Hamilton Waikato website are also visiting the Waikato War experience. 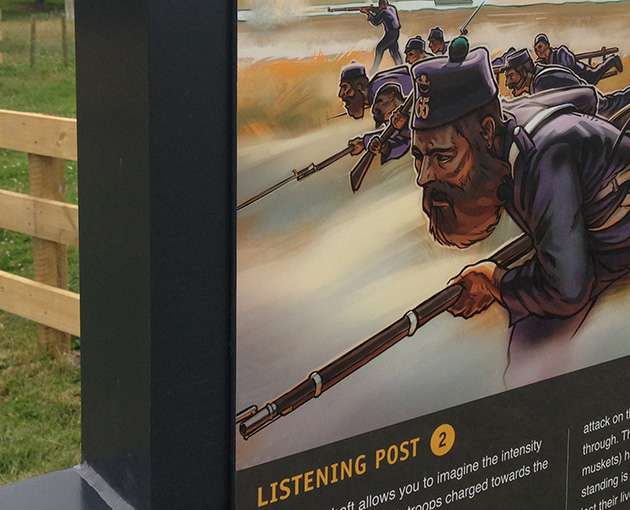